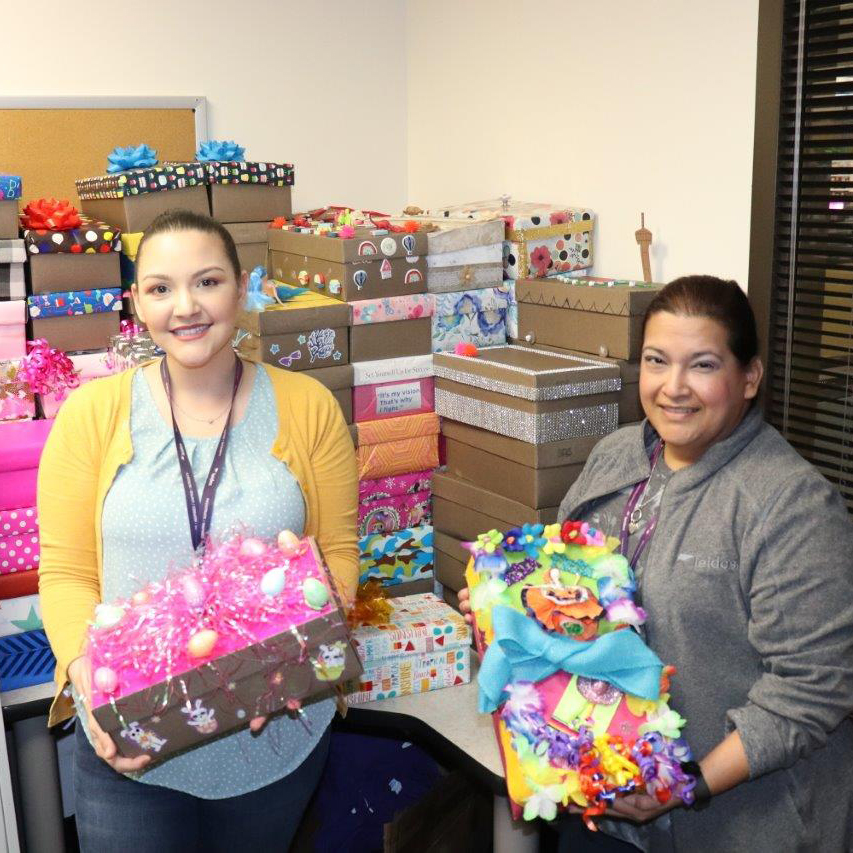 ❮ Back to Philanthropy

Throughout March 2019, a room in QTC’s San Antonio offices was full of brown shoeboxes. Some were decorated with colorful wrapping paper, others adorned with bows and ribbons. All were full of personal care and basic needs items.

Those shoeboxes were donated by QTC employees to United Way of San Antonio and Bexar County’s annual Shoe Box Project, a charity drive that distributes them to residents in need. Children, veterans, homeless people, and other vulnerable populations received their own box.

When United Way asked San Antonio QTC employees to participate, they launched into action for their local community. Each community assembled a unique box by choosing which items they wanted to personally donate. Items like toothbrushes, toothpaste, hand lotion, deodorant, soap, and shaving cream were included.

“The Shoe Box Project is a way to put United Way’s mission into action by improving the building blocks for a good quality of life for a diverse population of those in need across San Antonio,” said Human Resources Business Partner, Keyasha Morgan. “What many of us take for granted each day – things like shampoo, soap, or even a comb – can offer confidence, dignity and hope to someone else,” she said.

QTC’s commitment to quality care for our veterans and underserved communities made this collaboration a success.

Thanks to the generosity of QTC employees, 125 decorated shoe boxes were donated!

❮ Back to Philanthropy