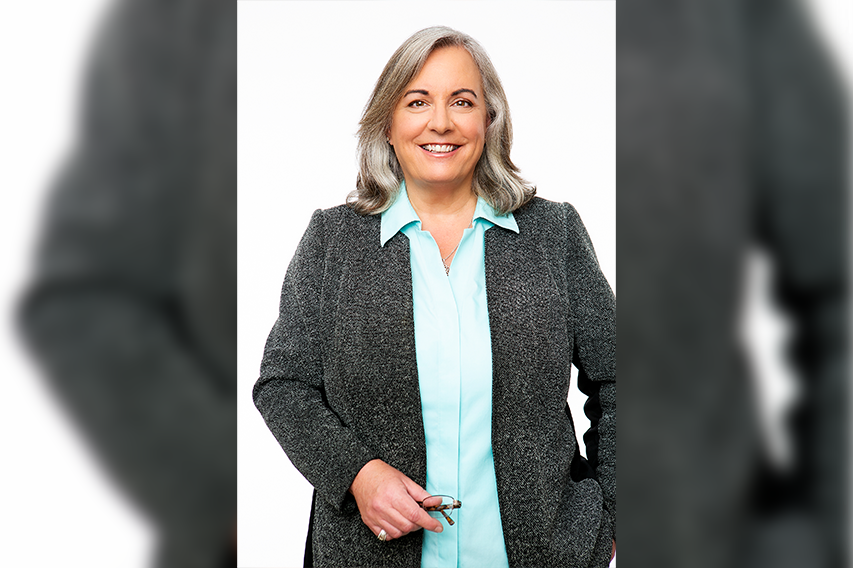 What inspired you to become a psychologist?

It started with wanting to work with people on bettering their lives. My first graduate degree was in Personnel Counseling, so I could have worked in a human resources setting. However, in 1985, I ended up employed in rehabilitation and long-term care settings. Behavioral management had begun to replace medication management for mental health conditions. I learned about brain functioning out of necessity and found the topic fascinating.

In 1989, I started my doctorate because I wanted to learn more about the brain-behavior relationship. I wanted to specifically do the work of a psychologist, meaning to do treatment based on the findings of accurate assessment. I developed an ultimate goal to become a forensic psychologist.

You treat post-traumatic stress disorder (PTSD) and other brain injuries. What is it about the brain that fascinates you most?

Our brains engage in organized physical activities, reactionary survival functions, logical intellectual thought processes, passionate emotional responses, inspirational artistic creations, meaningful spiritual beliefs, and other complex activities that make us uniquely human. As we experience life, our brains develop memories. This is a bio-neuro-gender-cultural-racial-social-psychological process. From these memories, we create stories that define who we are, what we like and don’t like, who we love and don’t love, and what we can accomplish. When our brains are injured, either physically or psychologically, the injury to our sense of self can be profound and not for the better. 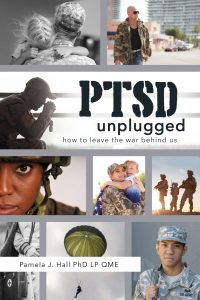 Why did you write PTSD Unplugged?

From 2008 to 2018, I conducted well over 6,000 examinations with service members and Veterans. Many of them had been to war. Others had been assaulted or harassed within the ranks. Still, others had been injured because military service can be a very dangerous job.

When they came for an evaluation of PTSD, they were reluctant. They didn’t want to talk about what happened or how it made them feel. They came because their lives had become unmanageable in some way, and they didn’t have the tools in their tool belt to set things right.

For years, I told them that we know more about PTSD than we have ever known before and that they could get better. Many spoke about the stigma, especially the stigma of not being believed and how they felt weak for being trauma-affected. They were not hopeful that things could get better even if they pursued mental health treatment. They appreciated my compassion and ability to describe these things in ways that made sense to them.

More than anything, PTSD Unplugged is a compilation of these conversations. All the nuts and bolts about PTSD in one place, in language that communicates with the practical, no-nonsense attitudes of our Veterans.

My main goal was to tell them that PTSD is a neuropsychological injury and not a moment of weakness. Trauma injury happens because our brains help us to survive the most violent moments, but then, at least 20% of the time, we get stuck in survival mode. This injury can happen to anyone.

My primary message is:

In your experience working with Veterans suffering from PTSD, what advice would you give to their families to help their recovery?

Become an informed consumer. Learn everything you can about PTSD, evidence-based treatment, what recovery looks like, what makes it harder, and what makes it easier.

PTSD isolates Veterans and their families. Refuse to become isolated. Find others who love a Veteran with PTSD. It takes a community of compassionate people to recover as an individual and as a family.

You’re one of a small number of women to complete graduate certificates at the St. John’s University Postdoctoral Forensic Psychology program. What challenges did you come across?

I had been working as a disability examiner in psychology for QTC since 2008. I became a Qualified Medical Examiner for Worker’s Compensation in 2014. In 2018, I wanted credentials that could carry me into some interesting work in civil or criminal litigation. St. John’s University Postdoctoral Forensic Psychology was in Queens, New York, which meant a subway ride to Manhattan. That sounded like a fun bonus. I was 18 months from my 60th birthday. Let’s go!

I traveled to New York City three times from fall 2018 to spring 2019. In September, I went to see Paul Simon at Madison Square Gardens on his last tour, Homeward Bound. It was my 59th birthday present to me. In December, they let me attend classes from my home in the Los Angeles area. Before COVID, attending class remotely took special permission. Since I was personally funding this education, I appreciated their flexibility to save some travel expenses as I completed the Forensic Psychology Foundational Certificate.

In April, my sister and I ran into a retired Marine Master Sergeant in Times Square at midnight. I was writing PTSD Unplugged by then. His wife poked him about needing to learn about PTSD, and I was inspired.

During the program, what were your most memorable moments?

One memorable moment was a conversation I had with my classmates and professors as we walked to lunch. There was only one other woman in the program, and all the men were Caucasian except for one man from South America. We had one female professor, and the others were all Caucasian men.

A male professor spoke about how there must be many women forensic psychologists in the greater Los Angeles area. He asked whether I could share with him what it was like to practice in that context. He was incredulous when I told him that I was often the only female doctor in QTC clinics on any given day. I had met three or four female doctors in 10 years, while I had met many more male doctors.

As for what that was like, I told him that I had recognized how my work was different from the male examiners who I have known, or whose reports I have read. I had come to take these courses at St. John’s University to investigate the forensic psychology job. I wanted to see what professors and classmates were saying, if anything, about the similarities and differences between female and male examiners. I wondered if a female could have success in the male-dominated forensic psychology community. We had a great conversation.

What wisdom do you have for women studying medicine?

When I was considering whether I should work on a doctorate in psychology, I told my mom that my worry was that I would be 35 years old when I finished. She said to me, “You’re going to be 35 years old anyway.” So, that became my motivation. Let go of “where my life ought to be now” expectations based on someone’s definition of normal for my age. Do whatever you set your mind to do.