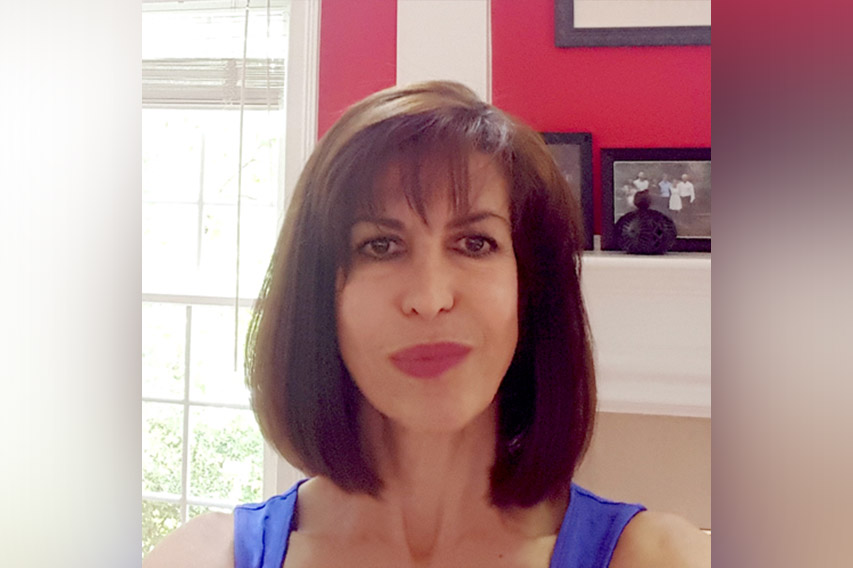 Project Manager Paria Heidari remembers these words, spoken to her in 1995 by a waitress at a restaurant.

Heidari was puzzled and asked what she meant.

The waitress pointed out that Heidari was the only woman at a table of 11 men— her colleagues.

“I didn’t even realize it. I saw myself as just one of the team members,” she said. “I think some of the men were surprised, too. They said, ‘she’s one of us’.”

The Only Woman in the Room 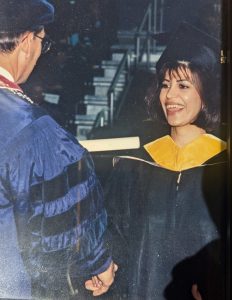 Heidari was used to being the only woman in the room. In 1989, she began attending Georgia State University (GSU) for computer science and math, when women in the United States earned only 29.9% of computer science degrees (that number has since declined to 18 percent).

Six years earlier, Heidari had immigrated to Atlanta, Georgia, from Iran, and started a family with her husband. She was still adjusting to life in the United States when she began higher education. Growing up, Heidari always had an interest in STEM, and it developed into a career path when she began studying at GSU. She took computer science classes at night to accommodate her busy schedule; Heidari was a student, wife, mother, and part-time worker all at once in her early 20s.

“I fell in love with programming and logic progresses,” she said. “My husband and children supported me as I pursued my degrees and career.”

She completed her Bachelor’s degree in Computer Science in 1994 and soon started her Master’s degree in the same field. For her thesis, she created a web application and studied the internet while consulting for Southern Company and working from her home office, where she also cared for her children throughout the day. Her days were busy, full of school, work, and family– what women often have to juggle when they simultaneously enter higher education and begin their careers. When she wasn’t taking her children to sports practices, she was either studying for her next exam, cleaning her house, or on a call with a client.

By the time she received her Master’s in 1997, she had been promoted at her job with a significant pay raise, becoming the only female software engineer in her working group.

“I always give 150% of myself to everything I do,” she said. “That opportunity launched my career and got me off on the right foot.”

How the Internet Changed Heidari’s Career

The internet was becoming more and more popular; in 1997, there were over 70 million users worldwide, which had doubled from the year before. Although some industry professionals were unsure if the internet was a passing fad or here to stay, Heidari saw the potential in it as a tool for businesses to connect with customers. She trained her team on web pages and graphics and piloted an energy bill website for Southern Company. Additionally, she created web application prototypes for other government agencies, such as the Centers for Disease Control and Prevention.

At this point, Heidari was a few semesters into completing her PhD program at GSU. Her children were in high school, and she had a full plate of work and research— she rarely spent time with them anymore. She decided to withdraw from the PhD program and focus on work and family.

“I missed seeing my kids, and they needed me,” she said.

That didn’t stop her from succeeding in her career.

In 2005, she joined Science Applications International Corporation (that later split into our parent company Leidos) as a project manager. She was in charge of the financial aspect of various collaborations with government agencies and led a team of 40 people.

Now at QTC since October 2021, Heidari manages projects for our SCRUM teams, which are small groups of software developers who complete engineering projects together. She facilitates team collaborations and removes any roadblocks.

“I get joy out of seeing the entire team succeed,” she said.

The Importance of Mentorship

Mentorship has always been a huge part of Heidari’s career. At Leidos, her biggest supporter was her mentor and supervisor. In turn, she became a mentor for people on her teams, especially women. Women make up 34 percent of the STEM workforce and only 16 percent of engineering jobs, according to the National Girls Collaborative Project. On top of those low  numbers, many professional women have to balance their family lives and careers– just as Heidari has.

She remembers one woman who left a huge impression on her.

“When I interviewed her, she was so nervous. She had left the tech workforce for a few years to raise her children and said that nobody’s given her a chance. I brought her onto my team and partnered her with a peer mentor,” Heidari said. “By the end of the year, she received so many letters of kudos from our customer. She really wanted to prove herself.”

30 years later, Heidari sometimes still finds herself as the only woman in the room. But now she can empower others who were in the same position she was when she first began her career in STEM.

“I’ve always tried to support the women in my field and help raise them to a higher level,” she said.